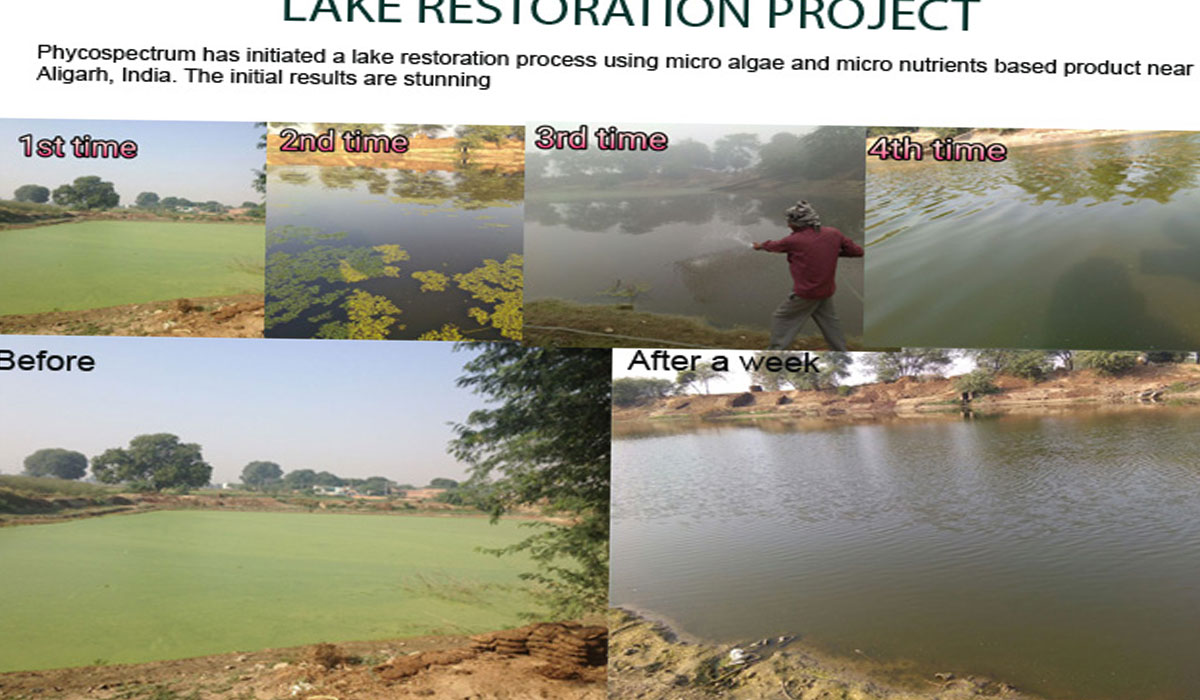 CSR Project involving Chemical Free bio-remediation of contaminated lake in remote village near Aligarh in U.P, India. Mainath is a small village situated in the vicinity of Aligarh in the Indian state of Uttar Pradesh. With a population of less than 2000 people, Mainath does not have any proper sewage treatment facility. What’s worse, most of the households do not even have toilets. Untreated sewage and run-offs from the fields accumulate in a lake of between 1 to 2 acres in size. When PERC tested the lake for contaminants, we found that the contamination levels in the lake was 50% more than the contamination levels of raw sewage. Not only that, but because of seepage, the lake was also contaminating the ground water in the vicinity of the lake.

PERC isolated a consortia of indigenous algae species from the lake body, but which could be consumed by zooplanktons. This was necessary so as to prevent the algae from accumulating in the lake and re-establish the natural food chain. Simultaneously, we also injected certain organic micro-nutrients which could boost the growth of these specific algal species. After almost a month of dosing, the water had become completely transparent. The odor in the lake was gone. The duckweed on top of the lake was gone..