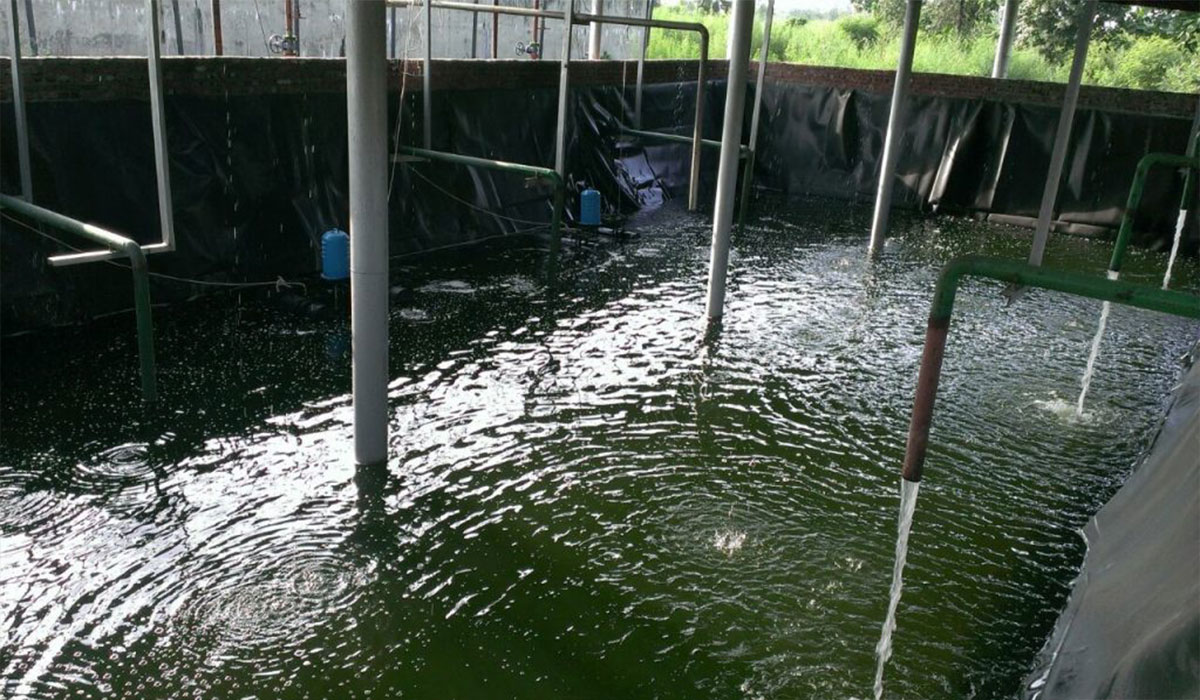 Before Algae Treatment: The effluent was coming from a gel dying plant. The generated effluent was then neutralized by chemicals and then taken into the ASP. Due to high microbial toxicity, the ETP used to get disturbed and due to regular problems in the ETP, the client decided to stop the manufacturing of gel dyed fabric till they managed to manage the gel dye effluent. The client had tried out numerous chemical and biological solutions, but to no avail.

After Implementing the Algae Technology: