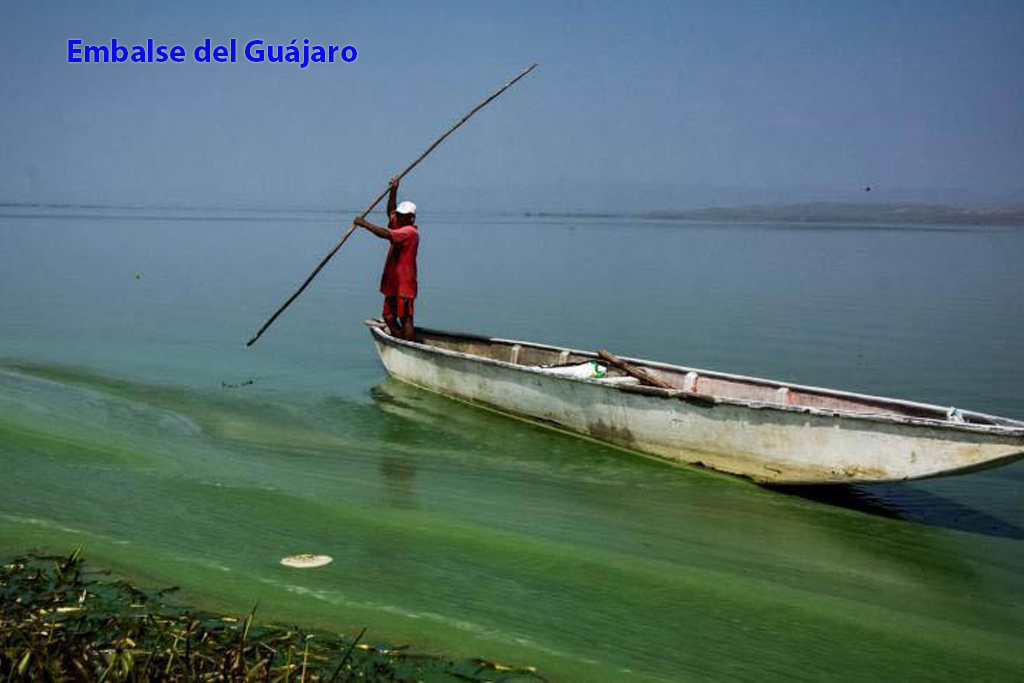 Repelón, Atlantico, Colombia
https://maps.app.goo.gl/Yi9YUZhJRvMNaw4QA
El Guájaro is located about 50 kilometers southwest of Barranquilla, in the jurisdiction of the municipalities of Repelón , Manatí and Sabanalarga . The mirror of water was formed when a 15-kilometer-long embankment was built in the channels of small swamps, which is made up of a slope covering made up of a million cement blocks.

It has an area of ​​160 square kilometers, a storage capacity of 400 million cubic meters of water and a drainage capacity of 60 cubic meters per second with 4 regulating gates for the entry and exit of water.  It is considered one of the most important fish reserves in the region; However, intensive artisanal fishing has led to native species being threatened, jeopardizing the food security of the inhabitants.

HAB- First ever Successful bioremediation of harmful algal bloom and restoration of a big reservoir in Colombia was carried out by our PHYCORE Team.
After the death of some 40 cattle, in the southern Atlantic, at the height of the Aguada de Pablo township due to the consumption of toxic algae in the El Guájaro reservoir this project was carried out and after three months of treatment 90 to 100 removal of harmful algal bloom was achieved by PHYCORE TEAM supported by Phycospectrum, Chennai. This was carried out with a support from Simon Bolivar University, Barranquilla, Colombia.

Bioremediation process was carried out for four months. PHYCORE explored the use of microalgae (which were already part of the ecosystem) and subjected them to a bioaugmentation process, in which they were given nutrients to increase their number and were again returned to the pond. In this way, explains the study, the new algae competed with the cyanobacteria, which are the harmful ones, and that part of the ecosystem was finally recovered.