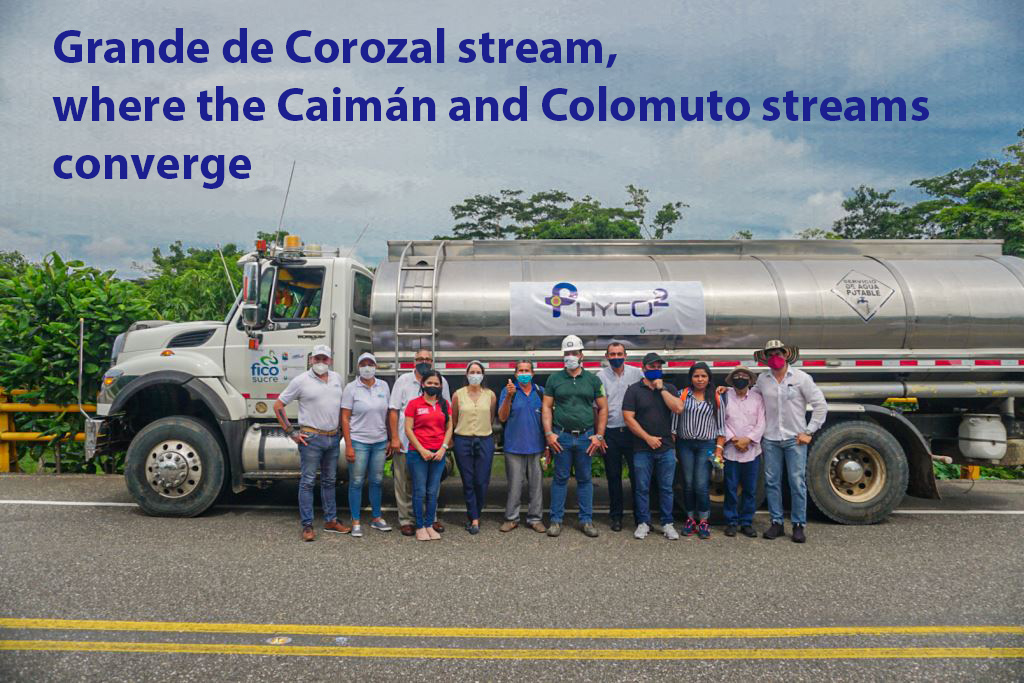 With the dumping of 7000 gallons of microalgae in the upper basin of the Grande de Corozal stream, where the Caimán and Colomuto streams converge, the researchers of the Phycoremediation project currently running in the Santiago Apóstol swamp began an experimental investigation. Marianella Peñaranda, Manager of Productivity and Innovation, was present at the beginning of this experiment, which is being carried out according to the guidelines of Governor Héctor Olimpo Espinosa.

The departmental administration wants to have scientific inputs that will allow it to launch another phase of the project in the future."We want to experiment if we can have the same decontaminating effects from the upper basin, as were had in the Santiago Apóstol swamp," said the manager. This experiment will last approximately 35 days, during which an average of 3,000 gallons of microalgae native to the Santiago Apóstol swamp will be dumped into the stream daily.
“What we are going to do is use these native microalgae. We are going to pour them into the stream, and they are going to start growing along its bed. This will allow the tributary to begin to improve its qualities, since what microalgae do is eat the pollutants that the water brings, "said Nohora Gutiérrez, coordinator of the Ficosucre project.
After the inoculation of the algae, quality control and physicochemical follow-ups of this stream will be carried out, which in the investigated section affects the municipalities of Sincelejo, Corozal and Morroa.
"This experiment is an added value that we are giving to the project that is currently being carried out within the framework of the Phicoremediation project, where positive results for the decontamination of this basin have been demonstrated," said the Secretary of Economic Development and Environment, Liz Torres Sierra.
The event was also attended by the national advisor, expert of the Ficosucre project, Jaime Gutiérrez; the mayor of Morroa, Tonio Olmos, and residents of the Santiago Apóstol district, who are interested in carrying out a new phase of the Phicoremediation project in the entire channel of the Grande de Corozal stream, which would further reduce the contamination of their swamp.
«We, the inhabitants of Santiago Apóstol, are the most affected. We are totally satisfied and with the hope that this does not stop here, but that the Government and municipal administrations continue with this project, "said the representative of the Santiago Apóstol community. Sucre